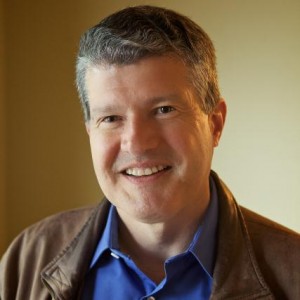 Dear Readers: When I spotted this article by my friend, Dennis Brooke, in the latest issue of the Northwest Christian Author newsletter, I immediately asked him if I could reprint it on my blog. Whether you’re an author, blogger, or public speaker, I know Dennis’s tips will inspire and entertain.

I was shocked to read about an archeological expedition that made an amazing discovery in a cave near the Sea of Galilee. They claimed to have uncovered evidence that Jesus had used charts written on large sheets of papyrus with elaborately colored pie charts. On these first-century graphics his disciples illustrated such concepts such as the relative importance of God’s love versus obeying the law.

Of course, I’m kidding. Jesus knew that the way to reach the hearts of those he created in his image was through stories.

Even if his apostles had hauled around papyrus flip charts with bullet points and graphics they didn’t survive—but the teachings of Christ have lived on through memorable stories.

We can learn from the creator of the universe and focus on the use of stories to influence our world.

In the book Influencer: The Power to Change Anything

by Kerry Patterson et al, the authors cite a study in which three different groups of MBA students were exposed to business information. One group was given a verbal description with facts and figures, a second the same information via tables and charts. The third group of students learned through the story of an Italian winemaker. When tested, which group understood and retained the information the best?

Those who heard the story of the winemaker.

If you’re interested in influencing audiences through your writing and speaking I have three suggestions on how to build stories that will catch the attention of listeners and be memorable.

Turn the Facts into Suspense

Newspapers use the pyramid method to tell a story by starting with the most important facts and then providing details. Turn this method on its head by opening with an attention-getting hook—but withhold key facts.

Then build up to the core of the story with a skillful narrative; much like a television detective show walks the audience through details to finally find out “whodunit.”

One of my favorite stories to grab the attention of an audience is about how my barber had a “creepy” customer who always made her nervous. It’s not until the end of the narrative that I reveal her customer wasn’t just creepy, but he was Gary Ridgeway—better known as the Green River Killer.

The late Paul Harvey was the master of this method. He would often tell a biographical tale that walked the listener through the details and struggles of a celebrity’s life. It wasn’t until the end that he revealed the subject of the radio cast, and we learned The Rest of the Story.

Take a standard news story or personal experience, and turn it from “just the facts” into a story of suspense.

An epic tale usually involves a hero who endures a personal crisis and is transformed into a better person. An example from the Bible is when the prophet Nathan confronted King David over his adultery with Bathsheba and subsequent murder of her honorable husband, Uriah the Hittite.

In modern history, think of both King George VI and his therapist in the academy award-winning movie, The King’s Speech. You may not have time to weave a full-length epic tale, but you can tell a story about how you or someone was transformed in a manner that relates to the audience.

When I’m trying to teach people how to be responsible when they drink, I tell a story of a night in Germany as a young Air Force captain when I imbibed too much—way too much.

The following day, my wife asked me in a loving manner, “Do you want people to remember you that way?”

It changed my habits permanently. The story is also a great lesson of love and communications.

Think of a crisis you endured and how it changed you for the better.

Personalize a Joke or Tall Tale

An audience usually decides in the first thirty seconds whether or not they like you. An engaging joke or tall tale can help get them on your side.

One of my favorite methods is to adapt a story by telling it as if it really happened to someone I know, or even better, to a friend in the audience whom you’ve enlisted beforehand.

I was once the dinner speaker for a professional association that had the misfortune of having their speaker for the prior month completely miss his appearance. The exhausted keynote speaker slept through his hotel-room alarm after a long day of teaching.

I used this to my advantage the next month by telling a tale of how the program coordinator for the association had taken my dog hostage to make sure that I would show up on time and deliver a great talk. The audience was on my side from the beginning, and some even made pleas to free my aged canine—who had been safely home the whole time.

Find or write jokes or tall tales, and personalize them so they’re about you or your friends. Be sure that you’re the butt of a joke so you’re not picking on a friend in public.

If you’d like to see some specific examples of these methods in action visit my website at www.dennisbrooke.com and look for these true—or almost true—items on the STORIES page:

Here are two excellent books on the power of stories to make a difference in the world:

Influencer: The Power to Change Anything

Switch: How to Change Things When Change Is Hard