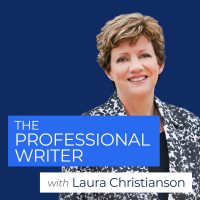 “It was an overwhelming experience to have someone want to take my job away from me,” says Tim Fall, a Superior Court judge in Northern California. During his 2008 election campaign, Tim was diagnosed with generalized anxiety disorder. Ten years later, Tim felt as if he had gained enough perspective, and he wrote about his battle with mental illness in his memoir, Running for Judge: Campaigning on the Trail of Despair, Deliverance, and Overwhelming Success.

“A mental health diagnosis does not mean you are ‘less than,’” Tim stresses. Some people try to convince you that depression and anxiety are all in your head.

Running for Judge encourages readers that they can survive and thrive… that anxiety resulting from what we call “pandemic fatigue” is completely normal. “But if it’s starting to interfere with your living life, it’s time to talk with your doctor.”

During the COVID-19 pandemic, Tim, like many writers, has been unable to put words to paper. Instead, he began recording his thoughts in short, unscripted videos. He uploads his daily videos to YouTube and Twitter and shares them on Facebook and his blog.

Because Twitter limits video uploads to 02:20 or less, Tim credits Twitter with forcing him to be disciplined to:

“Get it said. Get it said quickly. Shut up. Post.” A self-proclaimed “full-on egalitarian,” Tim posts on topics related to fairness, including sexism, racism, and women’s roles in the church.

“Fairness is something I need to carry out and follow always, both as a legal and moral duty,” he says. “I have to be a fair person 24/7, because I am never not a judge.”

“I’m not using social media to publish; I’m on social media, and if publishing fits in to that, than fine… I am connected with people online for purposes of community.”

I know you’re going to enjoy this candid, behind-the-scenes discussion with Tim. Tim is a California native who changed his major three times, colleges four times, and took six years to get a Bachelor’s degree in a subject he’s never been called on to use professionally. A Superior Court judge in Northern California, Tim also teaches judicial ethics to experienced judges throughout the state.

Married for 30 years with two kids (both graduated, woo-hoo!) his family is constant evidence of God’s abundant blessings in his life.

Tim’s short story, “The Old Cowboy and a Horse Called Magic,” was published by Revell in the anthology, The Horse of My Dreams. His short ebook exploring the grief of his father’s passing, On Not Missing My Father: The Relief of a Parent’s Death, can be found at timfall.com.

Get 40% off when ordering Running for Judge

Use the discount code JUDGE40 when ordering Running for Judge: Campaigning on the Trail of Despair, Deliverance, and Overwhelming Success from Wipf and Stock Publishers

Subscribe to the show on your favorite podcast listening app:

If you know a writer who would be interested in The Professional Writer Podcast, please share this link with them: