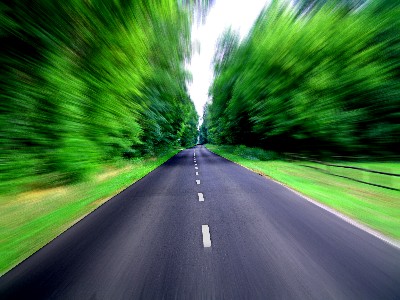 You’ve had your drivers’ license for longer than you’d care to admit. By now, you’ve learned a thing or two about the rules of the road.

Did you know that Twitter rules of the road are similar?

1.  Don’t drive without a license.

No matter how much you may hate your drivers’ license photo, you still need to carry that license with you whenever you drive.

When you open a Twitter account, be sure to upload a profile image. (Unlike your drivers’ license, you can choose the photo!)

Also, be sure to complete the bio. Twitter is about relationships. People want to know who they are following.

Most roads have stated speed limits. We pay a steep fine for breaking the speed limit.

Twitter isn’t about speeding your way to thousands of followers. It takes time to build a substantial following – time and solid content. Instead of begging for followers, post tweets that offer value. Followers will come to you.

I hate it when drivers and passengers toss rubbish from their car windows. Nobody wants to see trash lining the roadway.

Twitter users can be guilty of littering, too. Don’t litter your posts with announcements of what you had for breakfast. Your followers don’t need the clutter… or the litter.

Ever drive behind someone who doesn’t care about anyone else on the road? They don’t signal, they don’t allow anyone into their lane, and they back up traffic by driving below the speed limit in the fast lane.

Self-centered Twitter users don’t care about anyone else. Their tweets are all about me, me, me. Buy my book, come to my event. They don’t post tweets that meet the needs of followers. They don’t retweet, or if they do, they copy others’ tweets without giving credit.

Many states prohibit windows tinted so dark that you can’t see inside.

Hijacking a Twitter feed should be illegal. What do I mean by hijacking? It’s when you post a bunch of tweets all at once, taking over the feeds of your followers instead of scheduling your posts throughout the day. No one appreciates a hijacker, no matter how substantial your tweets are.

Think of your tweets as salt: sprinkle, don’t dump.

What do you do when you see a vehicle obviously weaving all over the road? You call it in before someone causes an accident.

What do you do when you receive Twitter offers for free iPads, smart phones, or cruises? Take a moment to report it as spam. With the system processing 50 million tweets a day, you’ll be doing everyone a favor.

Proper use of Twitter will get you safely to your destination, while making it an enjoyable journey for everyone!

Ava Pennington is an author, Bible study teacher, and speaker. Her most recent book is One Year Alone with God: 366 Devotions on the Names of God. Visit Ava at www.AvaWrites.com and Like her Facebook page.